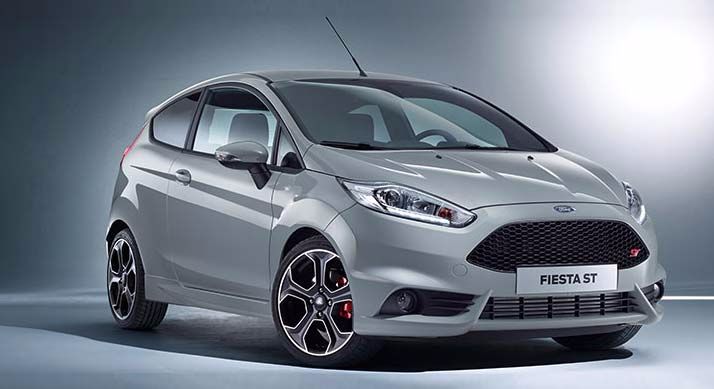 COLOGNE, Germany, 29 February 2016 - The acclaimed Ford Fiesta ST compact hot hatch is about to get even hotter. Ford will today reveal ahead of the Geneva Motor Show a new Ford Fiesta ST200 model that delivers 10 per cent more power and 20 per cent more torque, with 200PS and 290Nm from a specially calibrated 1.6-litre EcoBoost petrol engine.

The most powerful production Fiesta ever, the Fiesta ST200 will sprint from 0-62mph in 6.7sec, and will feature an exclusive specification including a unique Storm Grey exterior, distinctive machined matt black alloy wheels and special interior detailing. Production of the Fiesta ST200 starts from June with customer deliveries this summer.

“The Fiesta ST is truly beloved by owners and critics. The ST200 takes this special drivers’ car to a new level of power and performance,” said Joe Bakaj, vice president, Product Development, Ford of Europe. “I think it’s a future classic in the making.”

The Fiesta ST200’s 1.6-litre EcoBoost engine can deliver an additional 15PS and 30Nm of torque for up to 15 seconds using transient overboost. A 4.06 ratio final drive – shortened from 3.82 in the Fiesta ST – further enhances in-gear acceleration for improved drivability and an even more fun to drive experience. Top speed is 143mph.

Like the Fiesta ST, the ST200 delivers optimised cornering and agility using:

The Fiesta ST launched in 2013, delivering 182PS and 240Nm of torque from a 1.6 litre EcoBoost engine and 0-62 mph acceleration in 6.9 seconds – quickly establishing itself as the Europe’s leading compact performance hatchback and earning more than 20 awards around the world within its first year on sale. Ford has since sold 30,000 Fiesta STs in Europe, of which over 19,200 were in Britain.

Accompanying the race- and road-car Ford GTs in Geneva will be four Ford Chip Ganassi Racing Le Mansdrivers; Stefan Muecke, Olivier Pla and Andy Priaulx from the WEC; and Dirk Mueller from the IMSA championship.

The pinnacle of the Ford Performance line-up, the all-new Ford GT serves as a technology showcase for EcoBoost performance, aerodynamics and lightweight carbon fibre construction.

The Ford GT will be one of the most exclusive Ford vehicles ever with limited volume sold around the world and production for customers in Europe starting late this year.